In checkpoint we have three types of packet capture tools as following :

Important Note: Traffic captures can be misleading when working with SecureXL since both FW Monitor and Tcpdump do not always show ‘real’ packets that are going out to the network. This is related to the way the SecureXL kernel driver is attached to the network adapter itself. When using SecureXL to confirm whether packets are being handled correctly, either capture the traffic on the directly connected router / switch, or disable SecureXL.

In many deployment and support scenarios, capturing network packets is an essential functionality. The tcpdump / snoop utilities are normally used for this task. The FW Monitor utility provides an even better functionality, but omits many of the requirements and the risks associated with these tools:

tcpdump / snoop are normally used with NICs in promiscuous mode. Unfortunately, promiscuous mode allows remote attacks against these tools. Check Point’s FW Monitor does not use promiscuous mode to capture packets. In addition, most firewalls’ operating systems are hardened. In most cases, this hardening includes the removal of tools like tcpdump / snoop, because of their security risks.

FW Monitor is a built-in tool that does not need a separate installation, or licensing.

FW Monitor is available on all different platforms. tcpdump / snoop are often platform-dependent, or have specific “enhancements” on certain platforms. FW Monitor and all its related functionality and syntax are identical across all platforms.

Normally, Check Point kernel modules are used to perform several functions on packets, such as filtering, encryption and decryption, QoS, etc. FW Monitor adds its own modules to capture packets. FW Monitor can capture all packets that are seen and/or forwarded by the Security Gateway.

(*) The traffic direction (inbound/outbound) relates to each specific packet, and not to the connection.

Right before the capture, turn off SecureXL on the gateway:

Immediately after the capture, turn on SecureXL on the gateway:

Be aware that SecureXL does affect how the traffic passes through the firewall and only disable it if you are 100% sure of what you’re doing. Do it at your own risk, I do not take any responsibility for anything going wrong with this as it does affect the live traffic immediately.

Display all 8 inspection points (iIoO) for a complete two-way traffic on the console:

Display 4 inspection points (iO) for a complete two-way traffic on the console:

Saving fw monitor logs to a .pcap file to analyze in wire shark:

2. TCP Dump – TCPDUMP is a powerful tool for debugging on checkpoint, tcpdump feeds directly to the screen packets crossing an interface, if dumped to a file TCPDUMPS can be read by wire shark. you need to be in expert mode to invoke TCPDUMP.

Some Examples of  TCPDUMP I have used

Capture your output in pcap format to open in wire shark

What’s the difference between TCP Dump and FW Monitor ?

Tcpdump displays traffic coming or leaving to/from a firewall interface while FW monitor would also tell you how the packet is going through the firewall including routing and NAT decisions.

It captures at position i & O of firewall monitor, and you can be sure the traffic has left the firewall. This is similar to the way captures work on a Cisco PIX/ASA.

Consider you run tcpdump and see the incoming traffic but don’t see the traffic leaving the exit interface. You can guess it’s a routing or a NAT issue. But to make a sure shot without wasting time by looking in routes or the NAT rules you could run FW Monitor and know what the issue is.

3. fw ctl zdebu – fw ctl zdebug” is a power tool that is not exhausted from being used with “fw ctl zdebug drop”. There is not much to be found in Check Point KB or in the documentation. “fw ctl zdebug” is an R&D tool for testing software in development. Therefore, the insert should be used with care. It starts a debugging in the background until it is aborted with CTRL+C. On productive systems it can have a high performance impact. Furthermore, the debug buffer is not the largest.

What happens when you execute! It is a macro that executes the following commands:

Here are some good examples for debugging:

Attention, if you turn on debugging, this will affect the performance of the firewall. 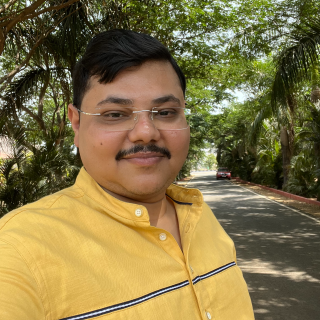